Conservative MP Vicky Ford has been appointed as a junior minister in the Department for Education. 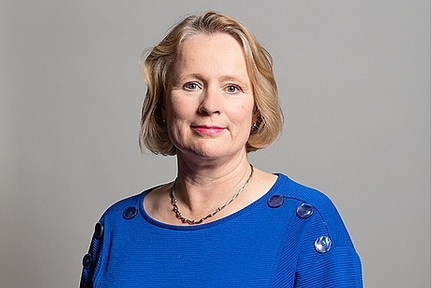 The former banker who was elected MP in 2017 will now be responsible for early years policy and childcare, including funding, providers, workforce, children’s centres, home learning environment and childcare entitlements.

Purnima Tanuku chief executive of National Day Nurseries Association (NDNA) said: “We welcome Vicky Ford MP as the new Children and Families Minister. We’re pleased that she will be focussing on early years as a distinct stage of children’s education and development.

“This is a crucial time for nurseries and we look forward to working closely with her on issues like funding and sustainability, quality and the workforce crisis the sector is facing.

“Given that she is the fourth minister with this brief since the 2017 General Election, we hope that she will take this opportunity to get to grips with these urgent challenges and shaping the longer-term planning which early years deserve.”

Michelle Donelan who had held this post has now been made universities minister. Before her, the position was held by Kemi Badenoch, Nadhim Zahawi and Robert Goodwill. Gavin Williamson remains in post as education secretary.

Neil Leitch, chief executive of the Early Years Alliance, also welcomed her appointment, saying: “There is no doubt that these are difficult times for the early years sector, with the ongoing funding crisis, sustained recruitment and retention challenges, and concerns over proposed changes to the EYFS.

"As such, we are pleased to see that schools minister Nick Gibb will retain responsibility for early education curriculum and teaching quality as part of his portfolio, and hope that, working together, he and Ms Ford will actively engage with the sector, listen to the concerns of providers and work in partnership with us to help build and sustain a quality, affordable, sustainable early years sector.”

Education Secretary Gavin Williamson said: “I’m delighted schools minister Nick Gibb has been reappointed into this key role and look forward to working with him. Vicky Ford, our new minister for children and families, will work with me on early years provision and improving our support to parents and looked after children.”